The Best Apps for Millennials

Think back to the last time you were in a place teeming with millennials: it was probably difficult to find people who weren’t tethered to their smartphone. For better or worse, a stereotype of the millennial generation is that they’re constantly connected. That connection happens through apps — ones that have integrated so deeply into their lives that they can’t imagine living without them. If you’re thinking of building your own app, it’s important first to know which ones are reining in the popularity points. Without further ado, here are some of the apps that have the highest concentration of millennial users, according to Statista’s 2016 report on the matter.

While currently in a tumultuous period, Vine remains an incredibly popular app, with millennials making up 78% of its 200 million monthly users. The app is a micro-entertainment platform where anyone can share six-second looping videos. As of January 2017, Vine has rebranded to become Vine Camera, where users publish their short videos directly to mother company Twitter, rather than into a Vine community. Several video gaming apps also serve as hybrid social networks. Apps such as the PlayStation Official App and Twitch have social sharing and messaging functionality integrated into the app, allowing gamers to chat and live stream the video game they’re currently playing. Apps that target a specific niche market — in this case, millennial males who love gaming — have huge potential to be successful.

Yik Yak is a social messaging app that allows users to scan their geographic area and anonymously chat with people in their vicinity. An online community center, Yik Yak users share news, photos, and questions with people around them in the form of “yaks.” They also have a say on the popularity of those yaks, casting an up or down vote for individual posts. Unlike Twitter, where anyone can chat in a specific area if they use a geographic hashtag (i.e. #NewYork), Yik Yak users must be located within a five-mile radius of where they’re chatting, guaranteeing that the commenters are genuinely in the area. Yik Yak has the highest concentration of millennial users for 2016 — 98% of its audience is within this demographic group. The popular GroupMe is a group messaging app that works across every platform — perfect for the millennial who is equipped with five devices. Three-quarters of GroupMe’s users are millennials, and the app makes it simple to coordinate dinners with friends or this year’s trip to Coachella.
[gravityform id=”9″ title=”true” description=”true” ajax=”true”]

SoundCloud is an app used by millennials to publish, listen to, and discover new music. Initially seen as competition for MySpace, SoundCloud’s advantage is that it allows users to reshare music and sounds via a specific link, making the app more social in nature. This shareability and its usability on the go is a reason why 74% of SoundCloud’s users are millennials. YouTube Music is another app with a high concentration of millennial users. It’s a standalone app that allows users to listen to the same number of tracks they’d be able to hear on competitor platforms. The app also creates a daily playlist for users and integrates other interesting features such as karaoke tracks and the ability to view live concerts.

When it comes to personal finance, Mint is the leading app among millennials. This could be because of its easy-to-navigate interface and its functionality: users can view all their financial accounts in one place, and the app automatically categorizes spending into categories such as groceries and utilities. Millennials recognize that budgeting is important, but are less likely to create a spreadsheet in Microsoft Excel. Mint puts budgeting and financial management in the palm of their hand. Venmo is excellent at simplifying the daily finances of a millennial. The app is a digital way to keep track of what is lent and owed money-wise amongst friends and family. Whether it’s buying festival tickets for a friend or splitting the cost of dinner, Venmo can be used to track those transactions. Once that information is entered into the app, Venmo users can securely send and receive money using the app, saving friendships from a potential slog of IOU lists and reminders. Millennials clearly find the app useful — 94% of its users fall into this age category.

Reason for Popularity Amongst Millennials

Each of the apps above tap into a different part of a millennial’s daily routine. What they all have in common is a simple interface and the ability to enhance a user’s social behavior. When creating or improving an app, consider how your app will integrate into a twentysomething’s daily routine. If you can’t picture them pulling out their phones and intentionally opening up your app or talking about it with a friend at least once a day, it’s probably not going to be a hit. If your app is shareable, provides deep value, has a chic look, and is easy to understand, it will have a greater chance of success among this population.

Let’s Build Together
We would love to hear about your product or idea.
GET IN TOUCH
Related Articles
Welcome to the New Barefoot Solutions Blog
Hi there! We’re excited to be launching our brand spanking new Barefoot brochure. This has allowed us to do a few things. Showcase the real heroes of Barefoot which is our clients. Play with some cool HTML5 template technology Round some corners Bring us even closer to our clients and the technology world Finally we can bring some of our favorite clients and projects to the forefront.
Read Article 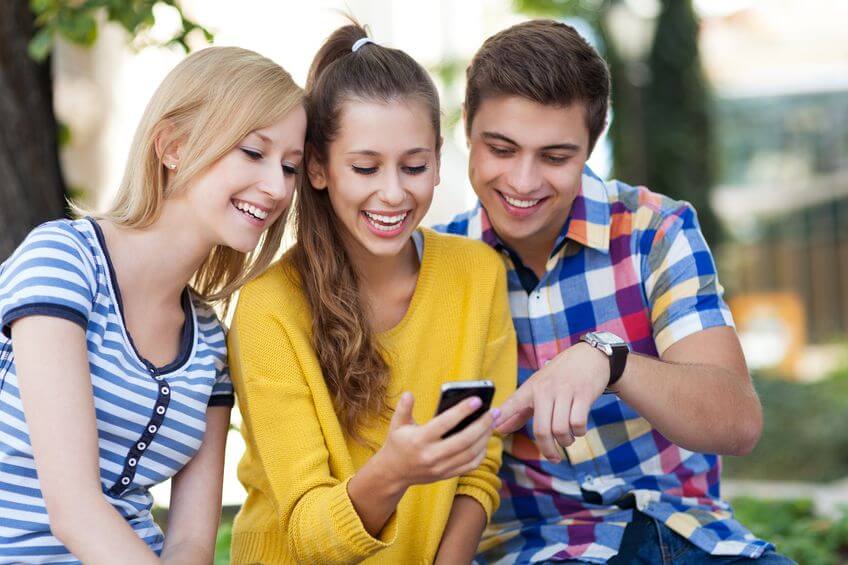 Apps We Wish Existed in High School
Ah, the highs and lows of high school. Sure there was excitement around football, rallies and dances, but the technology factor compared to today was sorely lacking. Remember when the TI-81 was hip new technology right next to the greatest game ever, Oregon Trail? That was only until the TI-83 came out. Minds blown, it seemed like robots were right around the corner, and Marty McFly’s skateboard would be mainstream by junior year.   Yet as we look back today we realize yesteryear’s technology wasn’t even an iota of what it is today. This is even more true when reviewing and building today’s most innovative apps. Every now and then we’ll stumble across the next viral app in excitement..but then a little bit of jealousy will wash over. “Why didn’t this exist when I was 16?!”   Here are some of the greatest, and most jealous-worthy, apps that those lucky scoundrels today get to have at their fingertips.   PhotoMath   Some people look at an algebra, calculus, or arithmetic equation and the numbers come right to them. Those people are called asshats, and many of them work here at Barefoot. For the rest of us, solving equations takes a little more effort, coffee and possibly aspirin. Yet today we have PhotoMath, the mobile app savior for people who struggle to complete homework on time or for adults who use math in their everyday lives. The app functions by uploading a snapshot taken of a particular mathematical equation. From there, the app solves the problem and the user can go on living their life.   Study Blue   Flashcards are a requirement to survive language, science, public speaking, any class that requires memorization. Remembering to carry those cards around isn’t always the easiest, and the hassle of going to the drugstore to pick up a new pack can be a chore delayed indefinitely. Study Blue is the solution for this issue, as an app that provides users with sleek study cards on a well organized user-friendly platform. Students can even share cards with each other, create checkpoints and quizzes, and track how well they are doing with the subject matter.   Audible   The importance of understanding literature and taking time away from the world to read will always be a value. This notable fact can however backfire, fueling the overly ambitious English and Lit teachers who assign an overwhelming amount of books to read, leaving you little time to complete the assignments themselves. Audible would have been a great option for completing assigned readings when you were out walking the dog, shopping alone, or simply taking the car out for a drive. Had this option been available, perhaps we wouldn’t have overused the then-valuable Cliff Notes, and would have been able to enjoy the collections in their entirety.   Duolingo We recently dove into why Duolingo is a fantastic language learning app. Well we really mean it and think as teenagers we would have loved it then too. The app functions like a video game, unlocking levels as you learn new vocabulary and pass tests. Don’t be scared at the word “test,” though. The lessons function with varied games, testing your speaking with puzzles and guessing sequences to sharpen your language skills in different ways. From there, the app sends daily reminders to keep you on track and to keep the Owl - the cartoon friend who guides you through the language learning journey - happy. Even as an adult you’ll love it too and hablas español before you know it.   Tinder   Well...come on. High school is basically a giant dating forum. While you do have to be 18 to use Tinder, if you turn 18 in high school you’re likely ready to meet some new people outside of your class anyway. Those who attended smaller schools or are 17 and under could argue the lacking need for Tinder. But what about when you were hanging out at the mall on Friday night? Or went to another school’s football game and wanted to see what kind of talent existed beyond rivalry walls? Tinder could have been a great way for teenagers sich of their own dating pool and curious to see who else they could ask to homecoming.   High school may bring you a host of fond memories or a wave of recalled embarrassment. Either way, there’s no doubt that the mobile apps of today could have helped your life in some way as you meandered through the halls of youth. Have an idea that could be applicable for today’s teenagers? Let’s get it started.
Read Article 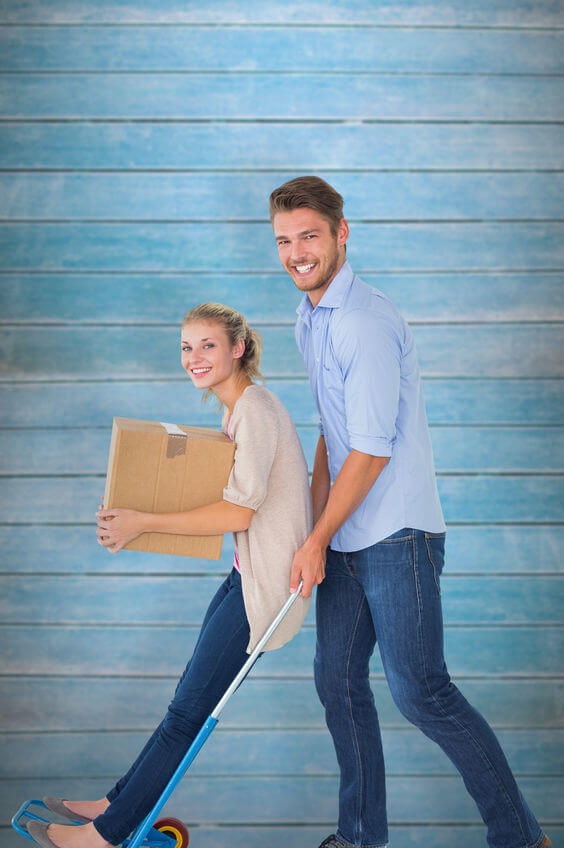