Apple Watch is Coming. Is Your App Ready?

If you want your mobile application to be compatible with Apple Watch, time to get it ready is ticking down quickly (pun intended). The highly anticipated April 24, 2015 Apple Watch release is an exciting time for hardware and development gurus to get in gear and get on the latest in wearable technology.

In an effort to make this easier for you, Apple released on their developer portal a handy guide called Preparing Your App Submission for Apple Watch. This is helpful for us especially as developers, but may not be particularly helpful for the business people who own the app and utilize developers to make their apps happen. That’s why we are here to help to get your WatchKit app – the version of your app specific to Apple Watch – ready so that you can reach this new and exciting audience.

Apple products and iOS in general have traditionally maintained a focus on simple, clean design. Apple Watch may be the biggest example of this focus, with a small interface placed on the especially sleek designs of the watches we’ve seen so far. While we normally urge you to focus on logical UX and UI anyway, this particular Apple Watch user will be getting acquainted with a new hardware product in the watch. Not only is the hardware foreign, but they will be exploring apps in a new way, including apps they have possibly used for years on larger interfaces like tablets or smartphones. Don’t be that app that frustrates the Apple Watch user – focus on design and make sure your developer can get it right before you submit your app.

The WatchKit app will function a little differently than the typical iOS or Android apps in that the watch is an extension of what you can do with your iOS app. This is by no means limiting, but rather adds to the repertoire of what your app can do. One app called IFTTT (If This Then That) is an app that aggregates more than 170 apps, allowing you to control the world around you – from your wrist – with the apps you already have. Such applications it syncs with include simple task apps like one touch thermostat control or more detailed actions such as creating a recipe to post onto Instagram or plug into DropBox. WatchKit apps are also convenient for athletes on the go. CRNT for example is an app to help surfers check current tide conditions on any given beach quickly. And of course while fitness-tracking apps have long been on iOS, WatchKit apps like Exact Fitness Timer allow you to track timers for interval training from your wrist.

Your App Store profile will need to be updated to include the new metadata for your app’s Apple Watch functionality. By metadata we mean the specifics of what your app will look like and what features you’ve added. This means including icons, up to 5 screenshots of the new WatchKit app, and adding the right keywords and descriptions to get optimized – especially the no-brainer keyword Apple Watch. This is critical to do right away to help you get that boost above other apps who haven’t put their submission together yet, thus handing you a potential lead in App Store optimization.

One tip however, do not include the term Apple Watch in the actual name of your app. This is because your iPhone app and your WatchKit app will share one name and one description in the App Store.

Get Your Marketing Team Ready

Once you get the development done and WatchKit application submitted to Apple, you’ll want to get started telling your users, target audience and of course all of your friends that your app will be on the Apple Watch. The buzz around this release is big, and it would be wise to make sure your audience is aware that you’ve taken those progressive steps to get on the Apple Watch early. If you haven’t been on social media much lately, now would be a good time to get attention for not only your WatchKit app, but can leverage that attention to point to your iOS app. And finally while you’re at it and have their attention, you can even mention that you have an Android application, if applicable.

Apple Watch officially launches in Apple Stores on April 24, 2015, although Apple is taking pre-orders now. The Watch will be available in three basic variations which include a regular version, Apple Watch Sport and finally Apple Watch Edition. The prices for these watches range fairly significantly from $349 for the most basic, 38mm-sized Apple Watch to $10,000-plus for a gold Apple Watch Edition.

Have something to add? More insight on Apple Watch or questions on your app in particular? Let us know in the comments below or ping us directly here. 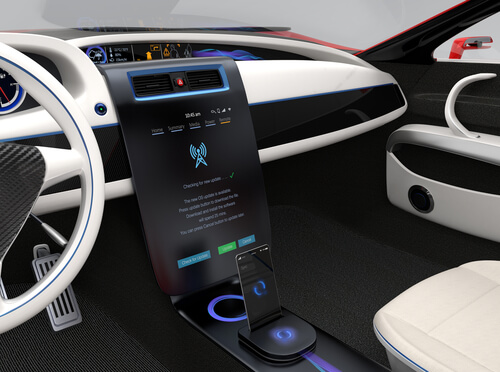 5 Ways IoT is Changing the Automotive and Transportation Industries
The internet of things (IoT) is changing the way we interact with our everyday possessions and how they interact with each other. They enable previously unconnected devices to send information and data to other devices, all with the goal of creating a better experience for consumers and enterprises alike. For the automotive and transportation industries, IoT gives companies great opportunities to improve the safety, efficiency, and entertainment aspects of their products. Regardless of your company’s progress with integrating IoT, you’re sure to get some ideas from our chosen five ways this technology is changing the industry. 1. London’s Public Transportation System Over the past several years, the Transport for London (TfL) has tested a variety of IoT technologies to improve safety and create better experiences for passengers. Back in 2014, TfL trialed screens that showed available seating on the upper decks of their busses. Instead of relying on sensors, capacity was determined with the buses’ existing camera systems. In 2015, the TfL started reviewing sensor systems that would monitor bus blind spots to reduce vehicle and pedestrian collisions. Both trials were part of London’s goal to become a leading global smart city. 2. Tesla’s Master Plan Last summer, Tesla’s Elon Musk revealed the second phase of his Master Plan, which focuses on smart car technology. One goal is to have cars that are powered with solar roofs and with autopilot technology that is ten times safer than human drivers. Another product, the Tesla Bus, will automatically match the speed of surrounding traffic. Finally, Tesla wants to encourage vehicle sharing by paying drivers to own one of its cars and have it drive others around when not in use. 3. Over-the-Air Software Updates We all receive app and software updates on our mobile devices on a regular basis. Now imagine receiving these over-the-air (OTA) updates for your car. This is what Fiat Chrysler realized when the company discovered a vulnerability that could allow hackers to take over Jeep Cherokees. The company issued USB drives to vehicle owners with the software fix, a slow and inefficient process. Market intelligence company ABI estimates that one-third of recalls can be addressed with OTA updates. Safety aside, OTA updates can give app developers and manufacturers alike the flexibility to push out the smallest of changes at little cost. 4. Infotainment in Cars Of course, IoT isn’t limited to safety and efficiency. Today’s cars provide entertainment for passengers in two ways. Embedded cars use chipsets and built-in antennas while tethered cars use hardware so passengers can connect their smartphones. Don’t forget that app integrations — from Google Maps to Spotify — allow passengers to interact with their favorite apps while driving. There is only growing opportunity for companies to team with auto companies to deliver their own applications. 5. Smart Highways While apps like Google Maps show traffic volumes on routes, wouldn’t it be nice to remove traffic jams altogether? That was the challenge when Cisco teamed up with Austrian autobahn company ASFiNAG to create a smart highway to eliminate traffic problems. Cisco connected thousands of sensors through a network of switches and routers to send real-time information including traffic speed measurements and weather information to authorities. Among the results of this project is the reduced need for infrastructure investment due to better road use. The Future of Transportation By 2020, the automobile will be the number one connected device. There’s potential for companies to leverage IoT technology in cars to bring customers services from location-based offers to personal health monitoring. In fact, it’s not a stretch to think that car companies today will have to become the leading software companies of tomorrow (Apple and Google’s move into the car space is just one threat). Companies from both industries need to work together to create the best products for their customers. Now, it’s time for you to think about how you can integrate IoT into your car-related products or services and join the technology revolution.
Read Article 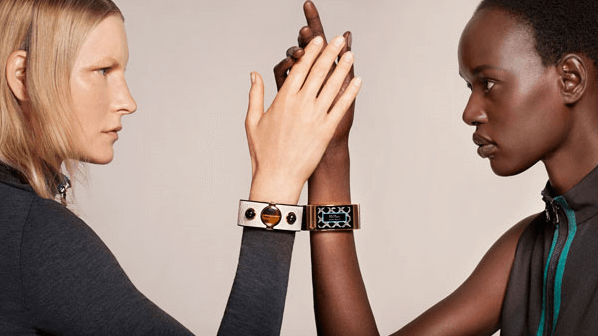