According to an article from the New York Times, some venture capitalists have started making large investments into new cell phone technology that would make it easier to shop and buy online from your iPhone, Blackberry, or Pre Palm. They’ve invested more than $100 million already into this type of technology. If their investments are successful and these applications become mainstream for all 3G phones, they have the potential to change the way you run and design your e-commerce site.

The aim of this new technology is to turn your cell phone into a virtual credit card. One of the companies that has started building this new technology, Boku, has laid out plans that you would actually use your cell phone number instead of your credit card number to make mobile purchases.  The theory behind this is that you are far more likely to know your own cell phone number over a credit card number and so will be more likely to make that purchase instead of wading through the frustration of pulling out a credit card and inputting all that information into your iPhone. The system then sends a text message asking you to authorize the transaction with a texted response. Your cell phone account would then sort of become a paypal account – any online purchases would show up on your monthly cell phone bill.  The pitfall to this scenario is that cell phone carriers currently charge a large fee for this paypal-like service, which makes it cost prohibitive for an e-commerce site to sell products on a mobile device. As of now, carriers can take up to about 50 percent of the purchase cost.

This is one of the reasons this technology has failed in the past.  But venture capitalists who have made this investment see hope in the growing popularity of 3G phones.  They believe that if enough 3G buyers subscribe to this mobile service, cell phone carriers will significantly cut the cost per transaction fee for each mobile purchase.

This technology has the potential to create another large revenue stream for your e-commerce site since it would make online shopping so portable.  The implications are that, when testing your website’s functionality, it will become more important to design your e-commerce site to display properly on any number of 3G devices with a number of different carriers.  User interface applications, especially your shopping cart, will also have to be developed to format properly with cell phone service providers. 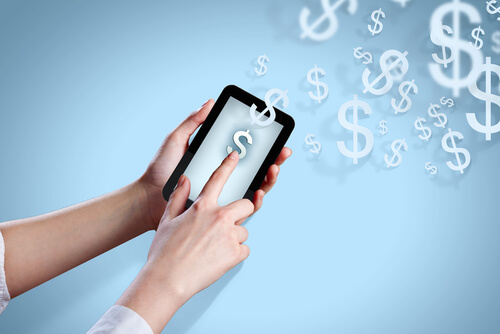