Marissa Mayer, the New CEO of Yahoo!, Turns the Company Around with New iOS Apps

We’ve noticed that since Marissa Mayer came from Google to become the new CEO of Yahoo! (and a new mom!), the company’s undergone quite a few changes so Yahoo! can better compete with Google, Apple, and even Instagram. The most controversial changes Mayer has put in place is by far her ban on working from home, which used to be considered a huge benefit of working at Yahoo!. We think that Mayer’s most influential change is shifting Yahoo!’s focus toward technology, product development (particularly iOS apps), and partnering with some of the company’s potential competitors, such as Apple, in order to make the company more competitive with other industry leaders.

Mayer recently decided to chop Yahoo!’s mobile apps from over 75 to about a dozen, so the company can offer consumers higher quality apps, while paying attention to the competition and finding Yahoo!’s niche. The new Yahoo! mobile app was just launched, which, in the words of Marissa Mayer, “delivers better mobile content discovery.” Yahoo! just bought Summly in March, a tech start-up from Britain that scans content to give an accurate but brief idea of what’s on a site. Using Summly’s technology (invented by a 17-year-old, who is now worth 30 million dollars by the way), Yahoo! was able to quickly benefit from its algorithms and machine learning to merge, as Mayer says, “great technology and beautiful design front and center.” Yahoo!’s new iOS app also includes the ability to learn what your interested in, so you’ll more likely come across the topics you enjoy, rather than those you don’t. The more you use the app, the more it understands your preferences, which you also have the option to select or remove yourself.

Under Mayer’s leadership, there have also been positive responses to Yahoo!’s newly released weather app. The iOS app uses Flickr (owned by Yahoo!), which has recently added Instagram-like filters to better compete. Flickr has also been updated to allow users to download Flickr photos onto their phone, upload pictures to the app more quickly, and tag friends with an “@” sign. But another recent success is Yahoo!’s new iOS email app, honing in on the fact that Yahoo! is still a very popular email provider (the app has also been redesigned for the web, Android, and Windows 8). Mayer defends her new work from home ban, saying that these are the types of products created by the innovation and collaboration that becomes possible when people work together in the same space.

Since Mayer’s start as CEO, revenue has gone down slightly, but earnings have increased 36 percent. Mayer recognizes that it will take awhile for Yahoo! to regain market share, but that they are officially “back in the game.” We think Mayer seems to know what she’s doing by simplifying Yahoo!’s strategy, and she’s definitely revamping Yahoo! to better compete with other internet and app industry leaders. The question seems to be whether or not Yahoo! can catch up with it’s competitors. We’ll keep an eye out on to see how she does. 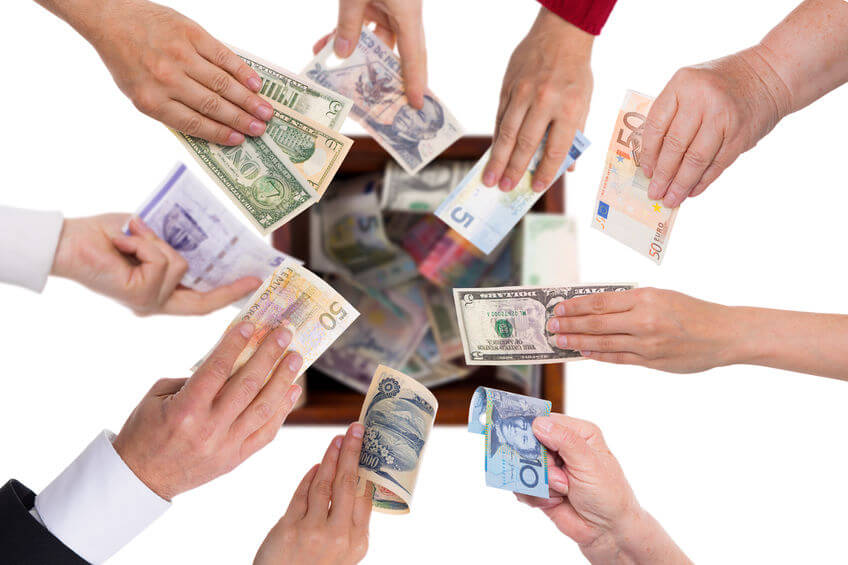 Crowdfunding to Build Your App
Money doesn’t grow on trees, bushes, nor can it be found amongst the sea kelp. But money will eventually help you build that mind-blowing mobile app you already know everyone should have in their phone. In building that app, hiring a developer is one of your up and coming action items. Bad news is very few developers accept dental floss as suitable reimbursement. One of your financing choices is a gargantuan business loan and accompanying interest rate from a bank. Another may be a loan from the Bank of Mom and Dad. Yet one of the newest financing choices that has seen explosive growth in the past 5 years is crowdfunding. After all, taking on all the risk of your idea can be intimidating, and sharing the risk with others can be a way to minimize risk and blood pressure levels. If you’ve built a mobile app before, you may know all the anxiety that can go into it - and having other necks on the line with you can add some level of comfortability. Given the aforementioned concerns, the pros of crowdfunding have catapulted this strategy for entrepreneurs. Kickstarter for example has at the time of this writing 425 mobile apps available for crowd contribution, with ideas ranging from gaming to learning curriculum to business building apps. While we can’t speak to the 425 currently available for funding, in 2013 3 million people pledged $380 million to Kickstarter projects. Overall success rates of projects getting pledges on Kickstarter hovers around 40%, not to mention the added benefits of support from the community and exposure this kind of strategy creates. Kickstarter is a popular option and a solid fit for getting an app crowdfunded, but there are plenty of other options. Some sites are even specific to app development. A few examples include Appbackr, AppsFunder or AppStori, the last option being available for US residents only. Is crowdfunding right for your project? Here are a couple ways crowdfunding can support your mobile app. Early Visibility A challenging aspect in any business venture is letting the public know your product exists. Crowdfunding is a way to get your idea out in the world and begin generating buzz as a preliminary marketing measure. It doesn’t matter if your app is successfully funded, your crowdfund request page will receive at least some number of hits, creating more visibility than you would otherwise have with other traditional forms of funding. With crowdfunding your idea can start getting the attention it needs to be successful well before you’ve even written a line of code. Crowdfunding Confirms You Have a Great Idea Some of the beauty behind crowdfunding is that it’s quantifiable evidence that your idea is interesting and has broad consumer appeal. Your app hasn’t, in some cases, even been built yet but people are so intrigued by your vision that they are willing to fork over some plastic. Through the same vein, asking for crowdfunding also lets you know early on if your app has the potential to flop. If your idea isn’t successfully funded, the lack of interest can be important foreshadowing of the potential trouble your completed app could face. This is valuable feedback, alerting you if it’s time to rework your idea before you’ve spent time and money developing it. Whether you choose to crowdfund your entire app, part of it, or simply want proof you have a mind blowing idea, Kickstarter and the like are available. Artists, entrepreneurs and app innovators now have this savvy option to more easily get their idea built for users all over the world. Not sure where to start with crowdfunding, mobile app development, or life in general? Ping us here and we’ll see what we can do to help.
Read Article
Partner With Us
Ready to get more from your agency partner?
(619) 870-0114 [email protected]