While you may not be able to claim that Iran’s protests can be called a Twitter Revolution, the way news is being spread from Tehran does offer an insight into the online marketing powers of Twitter.

The New York Times wrote that critics disagree with naming these protests a Twitter Revolution because protests throughout Tehran were actually organized in more conventional ways – through word-of-mouth, websites, and text messaging – and not with tweets.  But even though Twitter and its tweets may not have been the instigator, this micro blogging site has managed to draw a great deal of global attention to the protests in Iran and keep this attention trained there.

All tweets related to Iran’s protests are tagged with the keyword “#IranRevolution.”  When I checked the Twitter feed for this keyword, I read a dozen posts that had been posted within the last 20 seconds.  One of them read: “clashes in 7 Tir Sq and Valli Asr Ave:street fires & tear gas;shooting heard-many militia #evileader #iranelection #Mousavi.”  By the time I had finished reading this tweet, 137 more tweets had also been published.

This is one of Twitter’s main marketing tools. While it may seem that one tweet will not garner much attention, multiple tweets can start to take on a whole new meaning.  A compilation of tweets has built a strong personality and sent a strong message from Iran’s protesters to their Twitter followers and, through the powers of Retweeting, has virally spread this message to the rest of the online community.

Twitter’s second main marketing tool is that there are so many different avenues to post Tweets.  You can post a Tweet from a phone, Web browser, or any number of third party web-based and desktop applications.  This functionality makes it much harder for Iran’s government to monitor and shut down Twitter than it would for a more conventional social-networking site like Facebook.  This portability also gives Tweeters the ability to post on the go.  While some mainstream news organizations have found it difficult to get out into the streets of Tehran and verify stories, Tweeters have helped to send out raw first-hand reports from the streets of Tehran, although some did later prove to be false.

Despite these posts, the news streaming from Tehran through Twitter’s applications gives a strong insight into how this site has been used to build a global online marketing campaign for Iran’s protesters. 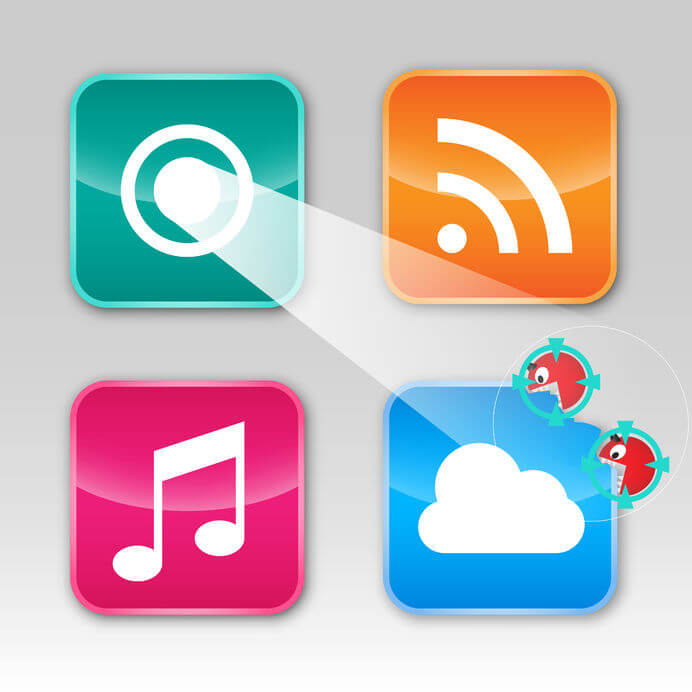 Latest Android Update Comes Complete with Malware Scanning
Google is throwing the spotlight on its most recent Android update. The functionality focus of the update is increased device security. With this update, the users will attempt to install a new app, and  Android scans the app and raises the red flag - via an alert. If it appears the app might harm or compromise the user’s device. Then the user can take action, and the Google update continues to scan apps after installation for new malware code. This update is good news because malware can be pretty nasty and invasive. It can grab your personal information and  control phone functions. Even worse, it can access a your voicemail, login data, text messages, call logs and more. A couple quick caveats - Google notes that your device may be made more vulnerable when downloading apps from a third party source outside of Google Play. The update won’t necessarily prevent users from downloading bogus apps that cost money and provide no real service - like the $3.99 Virus Shield. The update will not be effective if it’s not put into use. An astonishing low number of users actually install system upgrades when offered ( only 2.5% of Android users are running the latest version of the software known as KitKat, released in October of last year) . Read more about the update here. Sources: http://officialandroid.blogspot.com/2014/04/expanding-googles-security-services-for.html http://www.androidcentral.com/android-update-coming-regular-malware-scans?utm_content=bufferfed28&utm_medium=social&utm_source=twitter.com&utm_campaign=buffer
Read Article 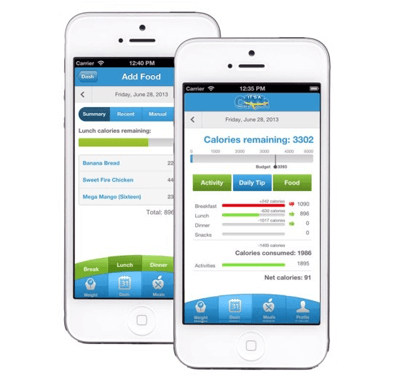 iOS App Launch: It’s A Cinch
Barefoot Solutions is excited to announce the launch of a new iOS weight loss app called It’s A Cinch. It’s A Cinch was created by Jessica Talbi, a woman with a passion for fitness and health. Jessica has been an avid user of calorie counting apps, but as her fitness level began to change, she noticed her apps were not evolving with her. Based on her first-hand experience of that problem, Jessica created It's A Cinch to provide a more accurate way to teach users how to successfully count calories. Most importantly, Jessica aims to enable users to make healthy decisions by providing custom meals that fit individuals' specific calorie and dietary needs. Though the development  behind the app was rather complex, the app itself is very user friendly and easy to navigate. Not to mention, It’s A Cinch helps you with every aspect of losing weight from eating well to exercise and calorie counting. The app even adapts to your individual food preferences and weight loss goals. It's A Cinch is able to do all of this because it's a database-drive app, connected flawlessly to calorie, exercise, and food databases like FatSecret, which contains over 3,000,000 foods. The app allows you to then enter your meals and snacks, which the app converts into the amount of calories you've consumed. Add your physical activities for the day, and It's A Cinch provides your net calorie consumption for the day. The app includes a weight tracker, which shows if you're getting off track or really starting to make some progress. The app even allows you to store daily pictures, so you can see your before and after pictures and results in real time. This feature was important to include, as your weight on the scale says less about your health than the way you look in the mirror and the way your clothes fit. It's A Cinch always keeps your connected, allowing you to share your struggles and successes with other users through various social media platforms. This iOS app  even connects you to recipes, food suggestions, and healthy tips to keep you motivated and to make reaching your goals as simple as possible.
Read Article 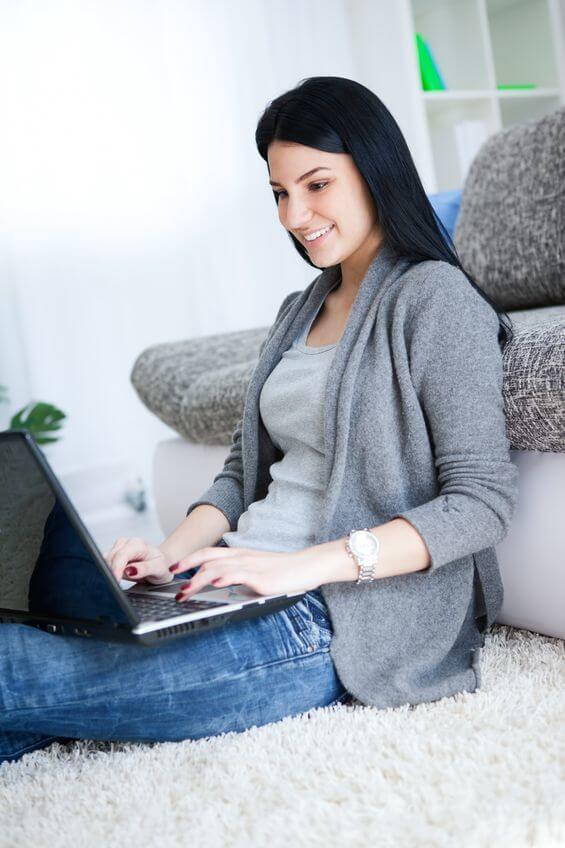 How to Write a Killer App Store Description
You’re excited to release your app, and confident users are going to flip for it. The time has now come to get that business on the app store and start realizing viral download success. Yet there’s one teeny tiny detail left to go. Writing the app store description. It may seem simple enough on the face of it. You have your elevator pitch down and know how to explain the purpose of your app. Simple! Just take what you say, write it down, and voila, you’ve got your description. Unfortunately it’s not as simple as that, and there’s a bit of a technique to the whole app store description game. First of all, understanding the importance of ASO - App Store Optimization - is one of the first things you want to keep in mind. We go into more detail on how to manage your ASO here, from monitoring tools to keywords you need to keep in mind for maximizing indexing and optimization. From there, we’re here to lay it the rest of your app store description strategy for you. Showcase Core Features This seems like a no-brainer, but you’d be amazed at how many descriptions get into the weeds of all the features an app has available. Get back to basics and remember the problem your app was designed to solve. Why does it exist? Start there and stay there, don’t get too into all the glorious other features you created. Hook your audience with the main idea you fell in love with. If you have room towards the end of the description you could include a bulleted list of other features, just try not to get carried away and distract from the “why” your app was created. They’ll discover and delight in the details upon download. Brevity is Best Start out by writing everything to your heart’s content, then edit the crap out of it later. What you’ll be left with is a concise description of your app, which is all the users want. Understand that they don’t usually click to “read more,” so if you can, write your description in 255 characters or less, which is the maximum Apple allows before users have to click “read more.” Focus on the most important things you have to say first, and make sure they are as intriguing as possible. Nail That First Sentence While we’re at it, that first sentence may be the only thing your potential users will read. Being on the writing staff for Barefoot it is painful to say -- people just don’t read anymore. The average American’s attention span is 8 seconds, which is less than a frigging goldfish, so you absolutely must deliver with that first sentence to get them interested enough to read more, scroll down, and download. Focus on the User’s Point of View You know your app inside and out, so you naturally look at it differently than someone who is completely new to the concept. So, write about your app in a way that makes speaks to someone who has no clue what it’s about, because, they don’t. A good way to get insight on this is to ask your beta testers about it. Have them describe to you what they think the app is about and take notes. Those descriptions are gold, and exactly how you need to communicate to potential users on the app store. Showcase Reviews Speaking of beta testers, once you officially launch the app get them to review it! Few things are more important on the internet than social proof, and user generated reviews are badges of honor that prove your app is download-worthy. It doesn’t matter if it’s your Mom, just get people to talk about the app and make sure those quotes are mentioned in the app store description. Include a Call to Action It seems a little strange to tell a user who is shopping on the app store to download the app...because they are clearly there to download an app. For this reason developers and business owners often forget to end their description with a simple, “Okay, now download this app already!” Don’t make that mistake and consider closing your description with something like, “Download X now to start enjoying Y.” You put significant time into developing your app, and owe it to yourself to get the description right. Take some time and consult with others to make sure you are sincerely putting the best description possible out there. Still have questions or need some help getting started? Reply in the comments below or fill out this form for more information.
Read Article
Partner With Us
Ready to get more from your agency partner?
(619) 870-0114 [email protected]