GOOGLE SIDE WIKI: What It Means For Your e-Business

Internet behemoth Google recently released an expansion to the Google toolbar, designed to give the online community the opportunity to submit unmoderated commentary in a collapsible side dock. Google calls its new creation the Sidewiki. It’s going to rock your world. Probably.

Users will be able to comment however they want, on whatever site they wish once they install the add-on. For example, a user wishing to leave his 2-cents on a CNN web article could simply type up his assessment, hit submit, and provided his comment met Google regulations, have his words immediately published. Similarly, comments can only be viewed if the add-on has been installed and the viewer is on a page where comments have been left.

While statistics show that the toolbar has been downloaded at least 2 million times from CNET alone, it is difficult to estimate just how many individuals actually know about, and moreover utilize the Sidewiki service provided by Google. However, if it ever reaches the mainstream—and there is a good chance of that, given the successful history of Google’s other product offerings—the potential for promotion, testimonials, and hidden goodies will probably prove too much for any good marketing business to ignore.

Ideally, this new add-on would grant individuals another medium through which it could provide invaluable third-party insight on hitherto unregulated e-businesses. Whether to sound the alarm on an attack page, to trumpet accolades to a well designed site, or give forum to a particularly thought provoking concept, the direction of the entire process would be determined by the masses.

And yet, therein lies the problem. The freedom it fosters will forever be its defining redemption, its potential for abuse will forever be it’s Achilles’ heel. It’s far too early in the game to tell whether or not the service will function as it was designed or become, like so many of its predecessors, a cesspool of virtual graffiti. (However, if the early, tentative test runs of the Side Wiki are any indication, the tone will be civil, constructive, and uncharacteristically reserved.)

Google claims that comments will be filtered and regulated in much the same way that search results are ranked for relevance. The more pertinent the topic, the higher it will be ranked by fellow users, thereby allowing it to float above the chaff, trash talk, and pointless spamming that tends to plague similar services. Irrespective, if you own a site, its probably a good idea to comment on your own page first so that you can set in motion a more positive precedent and block the potential hard-to-remove negativity spiral.

Understandably, a good number of businesses have already begun to raise protest at the thought of having the gateway to a torrential downpour of virtual anarchy unleashed upon their websites without permission. Never before has the public realm been granted such immediacy in its ability to deliver feedback. Users no longer need to navigate away from the page to read reviews, rather any evaluation, good or bad, is now literally a click away.

However, this isn’t to say this is a bad thing. People prefer to reference like-minded individuals before making a big decision–so in some senses the SideWiki is poised to become a sort of proxy for quality control like the BBB or veriSign Security button.

There’s potential for something great. Whether that manifests as another layer of detritus or as an invaluable tool hinges on how Google chooses to develop its brainchild. Fingers crossed. 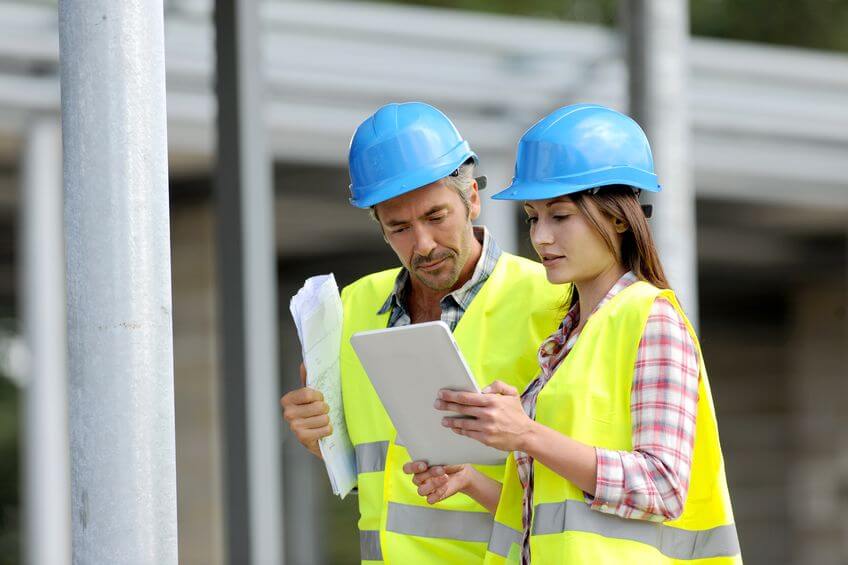 What Apps Can Do For Construction Management
Apps have been able to help professionals in all kinds of industries. From traveling sales teams to law enforcement, mobile apps have been enabling all kinds of businesses become more efficient. In fact recently we investigated how mobile is helping the medical industry and took a closer look at all of the advancements there. In our next investigation, we discover how integral mobile apps have been in the construction industry. Specifically in construction management, it has been impressive to see how technology has influenced this space. Utilizing apps allows you to more easily transform the visions of clients and create the project you have in mind. Now we’re talking construction here, so let’s be honest - there are no small projects. Everything you do is a massive endeavour, but some are more colossal than others. By using software to help manage construction projects, managers are more able to handle multiple projects and coordinate the many moving parts involved in accomplishing assignments of a large scale. Communication One of the toughest parts in putting together projects in any industry is streamlining communication. Even in highly individualized work like, oh, writing, many people and processes are involved before the final words you are currently reading are set out in front of you. Much more involved is the task of construction management, and you can use all the coordinating help you can get. For example one company, PlanGrid, allows contractors and architects to collaborate with all their project plans, specs and photos. How? Users can upload PDF drawings which then automatically syncs to all teams in real time. Even further, any markups or adjustments can easily be shared with everyone on the construction project. Simplify for Accurate Calculations If there’s one thing that’s important in construction, it’s ensuring your calculations are spot on accurate. And you guessed it, there are apps available for those very purposes. Some allow for easy calculations for all kinds of measurements, such as rectangular prism volumes, volume cost and weight, and total cost and weight of volumes groups. For example, Construction Master Pro offers a wide range of calculators for Android and iOS, including feet/inch fraction math calculators, and a version that can be used to estimate materials needed for stair railing and fence projects. Offsite Monitoring Sometimes you need to travel. Other times you’re curious how things are going when you’re across town. Mobile apps now make it easy for you to track progress of workers. If you have installed fixed cameras, apps like Control Center 7 take robotic snapshots, which contractors can send to colleagues, review videos and operate cameras remotely. This particular app works with Android, iPad, and iPhone. Even Easier Being Green The demand for green building is louder than ever. From residential to commercial projects, the entire industry is affected by the call for green building. While you can spend half of your time researching new environmentally friendly options, Green Pro is an app that lets architects, engineers, and contractors understand, access and track Leadership in Energy and Environmental Design (LEED) credits for projects. Users can access credit requirements and find out when a particular requirement has been met. Overall, construction management requires a vast amount of talent and an acute eye for detail. While apps can never replace the human element required, they can help make your job a little bit easier and create visibility across teams. Meet and exceed client expectations and build safely, effectively and deliver aesthetic products your team can be proud of. Bear in mind that while construction companies have their similarities, each company is unique and has naturally developed its own processes over time. Given this, the best approach may be to build custom web and mobile apps to manage varied parts of the business. At Barefoot, we are experienced in understanding the needs of construction management companies, gaining insight into the needed outcomes, and able to build these powerful custom apps. The goal is to develop apps that integrate with each other to meet all of your project management needs and help you become more efficient, focused, and on track. Have an idea for a construction management app and want to get started? We can help, let us know what you have in mind.
Read Article 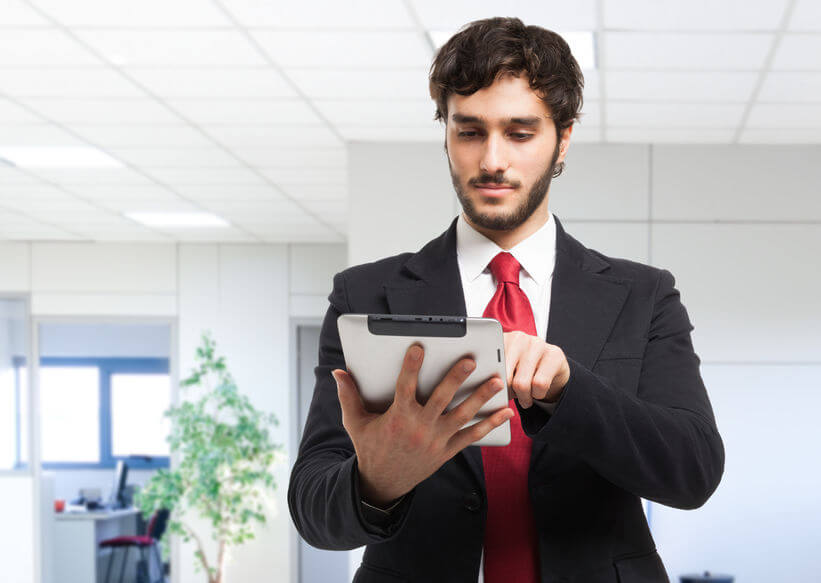 What is the BYOD Trend and Why Would Employers Care?
There is a new workplace movement afoot that may seem almost counterintuitive to some employers. It’s called BYOD (bring your own device). It is sometimes called by a fancier name - “Mobile Enterprise Management.” Basically, it’s a work policy that permits employees to bring their own smartphones, laptops and/or tablets to their workplace. Employees would then use these devices to access proprietary company data and applications. This practice has its pros and cons, its fans and its foes - but it is gathering speed. Read more about it here: GWI blog - http://www.gwi.net/policy/blog/the-pros-and-cons-of-byod-bring-your-own-device/ CIO  - http://www.cio.com/article/706560/7_Tips_for_Establishing_a_Successful_BYOD_Policy Search Security - http://searchsecurity.techtarget.com/feature/BYOD-security-strategies-Balancing-BYOD-risks-and-rewards
Read Article 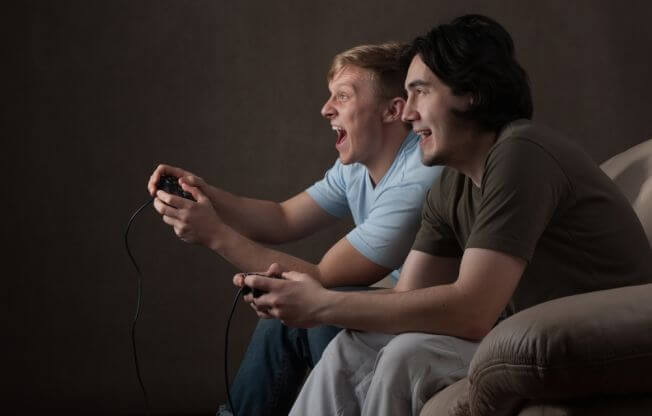